Police to minimise aid to hospitals

In about August 2013, the Metropolitan Police began ordering officers not to respond to calls from mental health units and hospital emergency departments for help to control and restrain patients unless there was a ‘significant threat to life or limb’ 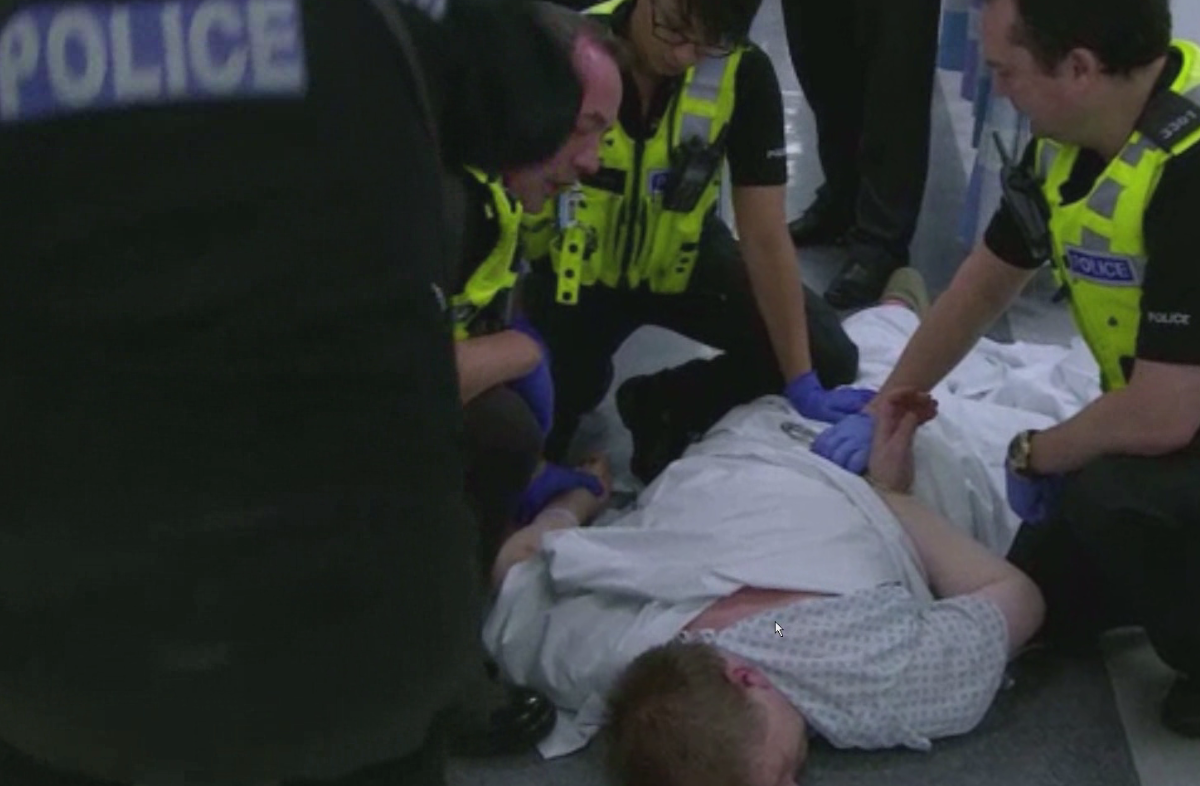 • Transportation to a place of safety should be in the form of an ambulance and responsibility for transfers between psychiatric hospitals and to emergency departments rests with the hospital not the police.

• Police will not attend a health trust to assist in restraining patients receiving treatment or assessment.

• Police will not attend trust premises merely to restrain a patient located therein or to stand by and prevent a breach of the peace.

• Police will attend all premises in the event of a significant threat to life or limb that requires force necessary to regain control.

At the time, the Met was acting against a backdrop of growing concerns in the police nationally about the impossible burden that responding to incidents involving mental health issues was placing on forces. The Met was also conscious and concerned that while staff in mental health facilities are specially trained to control and restrain psychiatric patients, the police are not.

Note: at the time, several Met officers were being investigated in relation to the death in 2010 of Seni Lewis, a 23-year-old graduate who had mental health problems. Mr Lewis had died following restraint by police who had been called by staff to the Maudsley Hospital, in south London. In 2015, the Crown Prosecution Service (CPS) decided that no criminal action would be taken against police involved in Mr Lewis’ death as there was insufficient evidence for a realistic prospect of conviction. The CPS said it had carefully considered evidence provided by the Independent Police Complaints Commission (IPCC) and an external review by a Queen’s Counsel which was concluded in early 2013. It said there was insufficient evidence strikes with a police baton and the handcuffing of Mr Lewis were unreasonable or unlawful in the circumstances and the actions could not be considered as an offence of assault occasioning actual bodily harm, as defined by law. “It is important to remember the law entitles officers to restrain an individual until they achieve control. The evidence of the hospital staff does not, on the whole, criticise the methods as excessive and there is considerable evidence as to Mr Lewis’ strength and violence.”

Chief Supt Chris Bourlet, of the Met’s mental health team, said at the time: “This is about making sure everyone knows where we stand. This is not about withdrawing service where it is appropriate, it is about defining who is responsible for what and where the line is.” Bourlet said the Met policy was consistent with the protocols issued nationally by the National Policing Improvement Agency (now superseded by the ‎College of Policing).

In November 2015, the College of Policing consulted on their Authorised Professional Practice (APP) – for Mental Health. The consultation documentation outlined police expectations of NHS Trusts, including that, ordinarily, the police should not need to be called to assist healthcare staff in responding to a patient who is presenting management problems. The consultation documentation also emphasised that NHS trusts, local health boards and other health service providers have legal obligations under the Health and Safety at Work Act 1974 to ensure that sufficient numbers of trained staff are available to restrain patients for medical intervention or to place them in isolation for their own, or another’s safety where this is necessary; and that performing this ‘duty’ should ensure they are capable of dealing with most problems themselves and only need to call for police assistance in exceptional circumstances, such as:

• There are insufficient numbers of trained staff available to cope with the situation (for example, in emergency cases of sickness absence)

• The situation is clearly beyond the capability of the staff to manage the patient safely (for example, because the person is armed, or a hostage situation has arisen)

• It is an emergency, and the person needs to be detained in a place of safety that is not the current facility.

To continue reading this article on the Professional Security Magazine web site, please click the link below.