“When someone uses or threatens to use force to secure the doing of an act which the person resists or, restricts a person’s liberty whether or not they are resisting.”

The Department of Health has defined physical restraint as:

“Any direct physical contact where the intention is to prevent, restrict, or subdue movement of the body (or part of the body) of another person.”

“Physical restraint is a physical restriction to moving around as one wishes. This might be by using belts or cords, sheets or blankets to tie or secure someone to a place such as a chair or a bed; chairs or beds from which someone is unable to move; bed or side rails; or chair or lap tables.”

The Department of Health has defined ‘restrictive interventions’ as:

“Any deliberate acts on the part of other person(s) that restrict an individual’s movement, liberty and/or freedom to act independently in order to take immediate control of a dangerous situation where there is a real possibility of harm to the person or others if no action is undertaken; and end or reduce significantly the danger to the person or others; and contain or limit the person’s freedom for no longer than is necessary.”

A need for physical restraint is strongly predictable in NHS settings

A need for staff to physically restrain someone to prevent them causing harm to themselves or others is something that is strongly predictable in many NHS settings and Healthcare Security Officers are relied on to support nursing staff in such emergencies.

Where a need to employ physical intervention is foreseeable and recurring in a workplace, Health & Safety legislation requires employers to ensure provision of ‘suitable training’.

For certain security roles, the need for training in physical restraint is instantly and unmistakably recognisable and consequently ‘legally necessary’. This is particularly true for Healthcare Security Officers.

The courts have confirmed the position

The Recognition, Prevention and Therapeutic Management of Violence in Acute In-Patient Psychiatry – A literature review and evidence based recommendations for good practice prepared for the UKCC (January 2002) warned:

In October 2010, the Security Industry Authority (SIA), in conjunction with the NHS Security Management Service, the National Association of Healthcare Security, Skills for Security and other industry experts, published sector specific Guidance on how to reduce the risks associated with physical interventions.

The Introduction to the Guidance (page 4) stated:

“Case law shows that employers, employees and security suppliers are vulnerable if they fail to identify and reduce risk and adopt safer methods of work.”

On 3rd April 2014, the Department of Health published guidance aimed at promoting the development of therapeutic environments and minimising all forms of restrictive practices, so they are only used as a last resort. 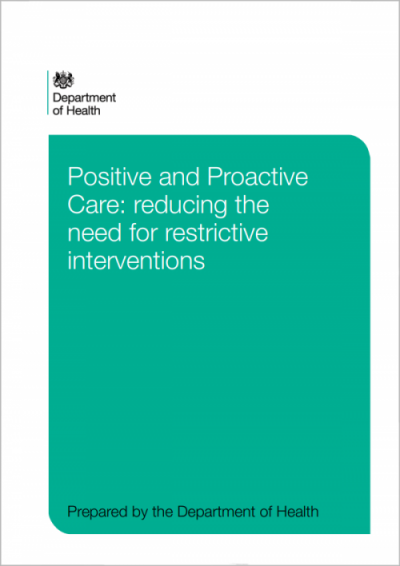 The Care Quality Commission (CQC), monitors and inspects healthcare services to check whether they are safe, effective, caring, responsive and well-led, by assessing them against the Regulations for health service providers and managers.

During service visits and routine reviews (including regulatory inspections of service quality), the CQC will seek to assure themselves that people who are exposed to restrictive interventions have access to high quality behaviour support plans, designed, implemented and reviewed by staff with the necessary skills and that restrictive interventions are undertaken lawfully.

Note: A CQC inspection can take place at any time and usually unannounced.

CQC Inspectors know that Regulation 13(2) of the Health and Social Care Act 2008 (Regulated Activities) Regulations 2014, requires healthcare providers to have effective systems and processes to safeguard service users from suffering any form of abuse or improper treatment while receiving care and treatment.

Note: Improper treatment includes discrimination or unlawful restraint, which includes inappropriate deprivation of liberty under the terms of the Mental Capacity Act 2005.

Guidance to CQC Inspectors on what to check for in relation to restraint (physical and mechanical) includes:

If CQC Inspectors consider the situation puts people at risk of harm, CQC can take enforcement action to protect them, including closing down the particular ward, department or unit, as well as, criminal enforcement action. 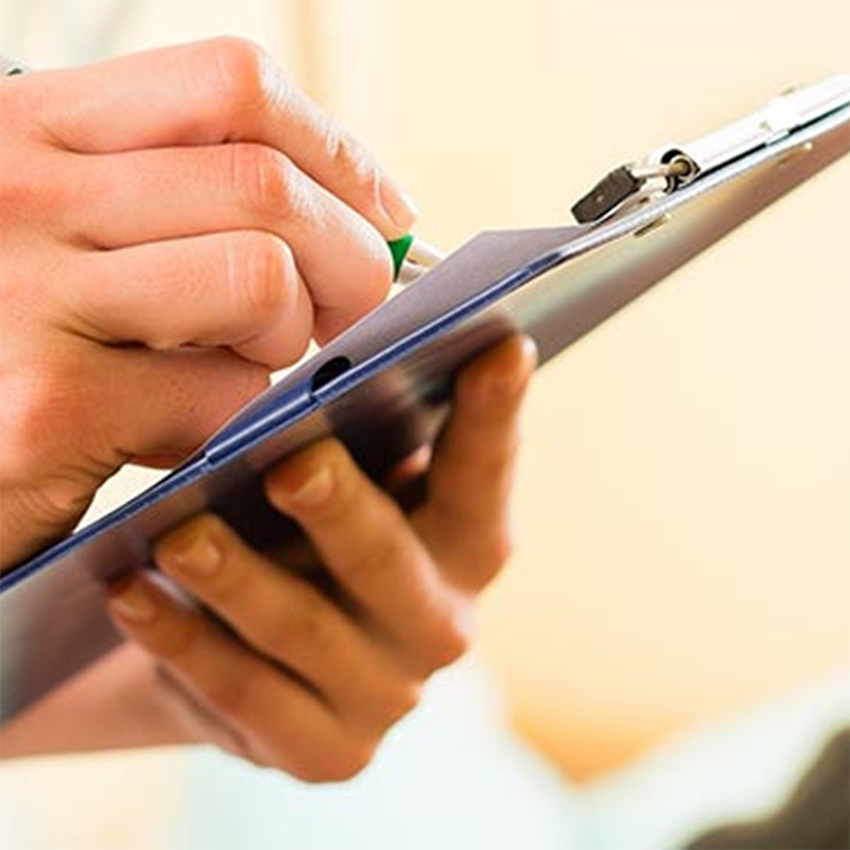 The National Institute for Health and Care Excellence (NICE) provides national guidance and advice to improve health and social care. Whilst, it is not mandatory to apply NICE recommendations, when exercising their judgement, professionals and practitioners are expected to take the guidelines fully into account, alongside the individual needs, preferences and values of their patients or the people using their service.

In 2016, the Liberal Democrat Party reported that, based on Freedom of Information request responses received from mental health NHS Trusts, there had been 66,681 incidents of physical restraint during 2015-16.

Figures published Nov 2017 by NHS Digital showed patients in mental health units had been physically restrained by staff more than 80,000 times during 2016-17.

The NHS does not publish national figures showing the number of times physical restraint is employed in acute settings. However, the figures for mental healthcare settings support the view that it occurs fairly frequently.

To give an idea, figures obtained under Freedom of Information laws by the Crisis Prevention Institute (CPI), indicated that across the NHS, physical restraint was used 97,000 times in 2016-17. If you deduct the 80,000 incidents that happened in mental health settings, that leaves 17,000 incidents, which happened elsewhere (i.e. acute settings/ ambulance trusts.)

Physical Restraint is high risk to patients and staff

“Between 2009 and 2012, about 15% of all restraint incidents resulted in moderate or severe harm to patients in acute settings and a significant proportion of these incidents occurred as a result of security staff or police being called either in isolation or in combination.”

That equates to an injury to someone, (patients or staff), every 15 incidents of physical restraint.

The purpose of physical restraint is usually to protect against harm happening. However, physical restraint can infringe a person’s rights and lead to injuries and even death, from which can follow, complaints, civil claims for damages (i.e. compensation) and criminal prosecution (e.g. assault and/or false imprisonment).

Equally, a failure to physically intervene where it becomes reasonably necessary in the circumstances can lead to violation of peoples’ rights (e.g. to be safe from attack) and/or lead to injury, death, complaints, civil claims for damages (compensation) and also, potentially, criminal prosecution.

The risk of complaints and civil claims for damages from injured parties is higher if staff action (including inaction) was unjustified, excessive or negligent.

Likewise, the risk of criminal prosecution of staff involved is higher if use of force was unnecessary or excessive.

Liability for adverse outcomes rests not only with the staff that actually perform the Physical Intervention, but also with employers (who are vicariously liable for the actions of their staff – including staff hired/contracted in).

It’s a risk that’s too serious to ignore

When Physical Intervention goes wrong (or doesn’t happen at all) the consequences can be disastrous and even fatal.

In 2012, the Independent Advisory Panel on Deaths in Custody reported that, since 1998, there had been at least 13 restraint-related deaths of people detained under the Mental Health Act 1983. Eight of these occurred in a single year (2011).

The potential gravity of the consequences mean that in the event of an adverse outcome, a management failure to ensure provision of suitable guidance, instructions and training is a very serious matter, that could result in a prison sentence! 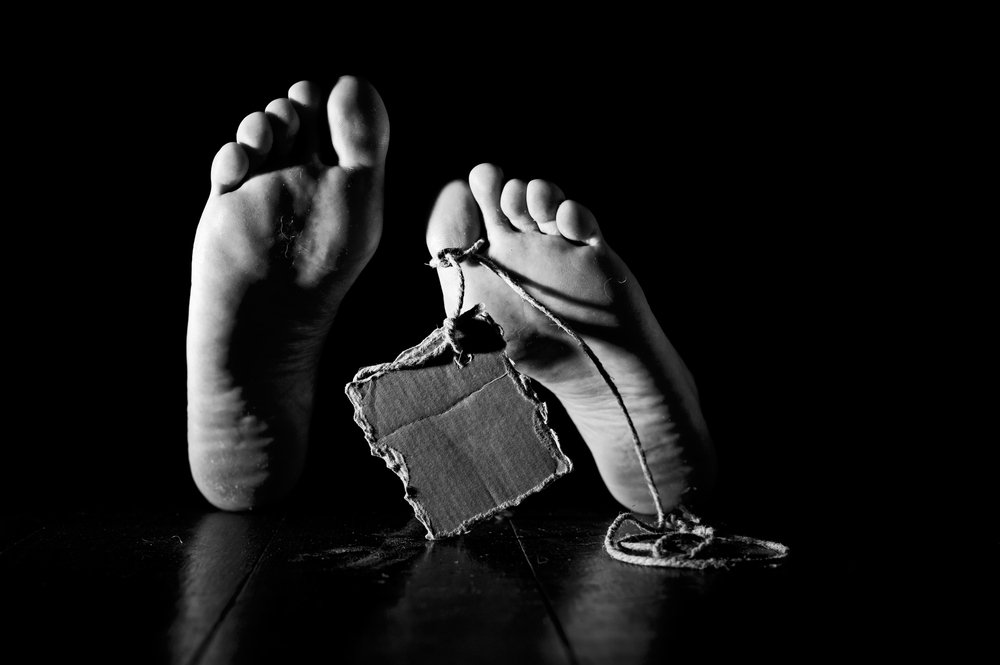 No training, or inadequate or unsuitable training can mean that liability is established instantly on the basis of “Res Ipsa Loquitor” i.e. the facts speak for themselves.

It’s worth remembering too, that the only defence to charges alleging a breach of statutory Health & Safety obligations, is for the accused employer to prove that they had exercised due diligence and done “everything reasonable and practicable” to avoid the commission of the offence(s) complained of. Contrary to the norm in legal cases, it is incumbent on the employer to prove that they have fulfilled their legal obligations.

Healthcare organisations that employ, or hire in Security Operatives should be aware that although they may be sufficiently trained to qualify for an SIA Licence they may not be adequately trained for their role in terms of Health & Safety expectations.

NHS Trusts that contract with security provider companies for security service provision at their premises cannot delegate their legal responsibilities onto the security contractor and will be ‘vicariously liable‘ for adverse outcomes resulting from the actions of security officers.

This was confirmed in the case of Hawley v Luminar Leisure Limited, where the Court of Appeal decided that a nightclub exercised sufficient control over the actions of a doorman supplied to it by a security company to deem the nightclub his “temporary” employer for the purposes of vicarious liability.

So, if you hire in security at your NHS Trust, you must insist they are suitably trained in physical intervention and restraint skills.

Management risk being sent to prison!

Under S. 36/37 H&S at Work Act 1974, individuals within an organisation (including directors) can be charged with criminal offences where, through consent, connivance or neglect, they contribute significantly to serious harm occurring.

The Health and Safety (Offences) Act 2008 provides for the imprisonment of individuals convicted of a breach of sections 7, 8, or 37 of the Health and Safety at Work, etc. Act 1974 (“HSWA”), or regulations made under the HSWA. Magistrates can impose 12 month prison sentences on any director, manager, secretary, or other similar officer of a corporate body, or person(s) who purported to act in that capacity. A Crown Court can impose sentences of up to 2 years.

So, managers responsible for organisational policy, procedures, instructions and guidance to staff and/or commissioning staff training in relation to the management of dangerous or violent behaviour who, through consent, connivance or neglect, have contributed significantly to serious harm occurring (i.e. as a consequence of failing to implement ‘appropriate arrangements’), could potentially be sent to prison!

It hasn’t happened yet. However, the government is intent on reducing the incidence of physical restraint in healthcare settings and the risk of it happening ‘to set an example’ is rising. 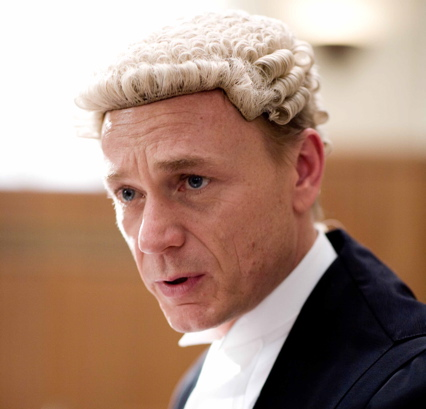 To discuss your situation with our experts and get free advice, contact us.