Overnight, the use of US style Spit-Hoods by UK Police has become the focus of substantial media criticism. This article by Jim O’Dwyer suggests an alternative solution.


The furor about UK police use of Spit-Hoods follows on from an Independent Police Complaints Commission (IPCC) report published today, 08/06/2016 in which, the IPCC made a series of recommendations to Sussex Police in relation to dealing with the restraint and detention of children and adults in police custody who are vulnerable and have a mental illness.

The recommendations follow an investigation into the force’s treatment of a child aged 11, who had a severe developmental disorder, on five occasions between 2 February and 2 March 2012.

The IPCC report revealed that Sussex Police had used Spit-Hoods on the youngster to protect against her spitting at them.

What are Spit Hoods? 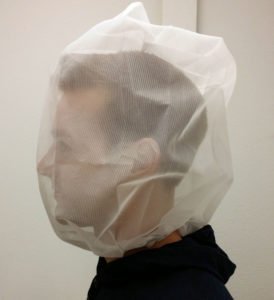 Spit-Hoods are mesh fabric bags (hoods) that can be placed over a person’s head and secured at the neck with an elastic band, to prevent them spitting at police officers.

Spitting is an act of aggression

Spitting on another person, especially their face, is a universally recognised expression of anger, hatred, disrespect and contempt.

When a person is angry, intensely angry and perhaps physically disempowered or otherwise not yet ready to become physically violent, they may consider that language on its own is inadequate or pointless and, out of sheer exasperation, resort to spitting as a way of communicating their dissatisfaction with the way they are being treated i.e. as an act of retaliation in self-defence against what is happening to them.

Predictably, enforcing the law can sometimes result in these conditions and feelings.

Being spat at carries significant dangers

Spitting at someone is an act of intentional ‘contamination’ that can carry significant health risks for ‘targets’, including becoming infected with Viral Meningitis; Hepatitis (B); T.B; Polio; Herpes (EBV); Influenza and even the common cold.

There is plenty of anecdotal evidence that Spit-Hoods can prevent an individual from spitting on officers and by achieving this objective also contribute towards the person calming down.

However, improperly used, Spit-Hoods could impair a person’s ability to breath freely* and in protracted restraint situations this could increase the risk of them dying by asphyxiation, aspiration or heart failure, especially if CS Gas or Pepper Spray has been used on them; and/or they are bleeding from the nose or mouth, or vomiting.

* In 2015, experts instructed by lawyers at Budge & Heipt in USA, proved that when a Spit-Hood became saturated with blood/vomit/saliva/mucus, no air could pass through. In such circumstances, a ‘Spit-Hood’ could became a death trap.

‘Spit-Hoods’ are not black, ‘Guantanamo Bay’ style bags, they are see-through. Nevertheless, it would be difficult to argue that if one was applied to you, you wouldn’t feel demeaned!

Face Shields are a better alternative 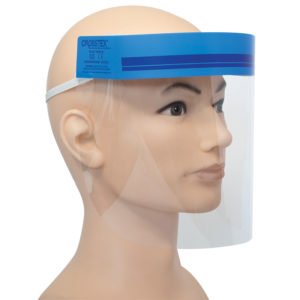 Instead of Spit-Hoods, a better idea would be to equip officers with light weight, disposable Face-Shields, (e.g. as supplied by Crosstex), which can be rolled up tightly to be easily portable on patrol and instantly available when required.